If you have read my blog post about devconf.cz 2019, you know that I was a fair bit upset and physically destroyed. Well, this time around I took it easy - my responsibility was to take care of the communication with hotels and speakers, you know, no need to walk a hundred miles and thousands of stairs. 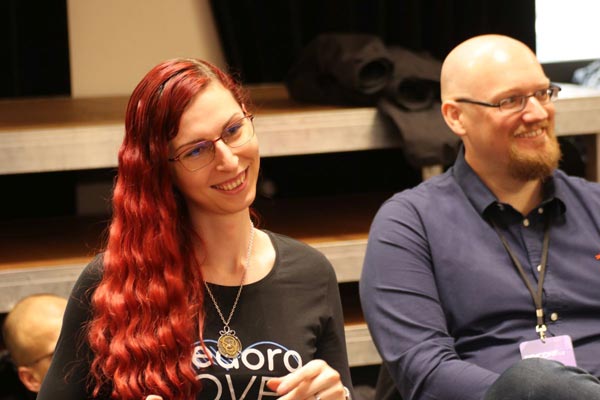 Let me actually start a week before devconf. .NET Core had a Security update that went public on Tuesday and we were unable to build it until Wednesday! Thanks to our amazing hackers we had the problems quickly resolved and after some cross-team heroics we got everything released the next day. Now this weekend was my last chance to rest before all the chaos begins. I sure took it - gaming though, too muddy for MountainBike.

Most of the week was regular work, a bunch of meetings and two container releases. On Thursday we were moving a pallet of hoodies and a pallet of the cool cups everyone got. By volunteer cars. We loaded about 4-5 bigger cars, ours included. We got a Ford S-max last summer because you can fit 3 bikes and 3 humans with luggage =)
I was driving (and loading the car) while I was in our weekly dotnet meeting on headphones and later another one with Microsoft. 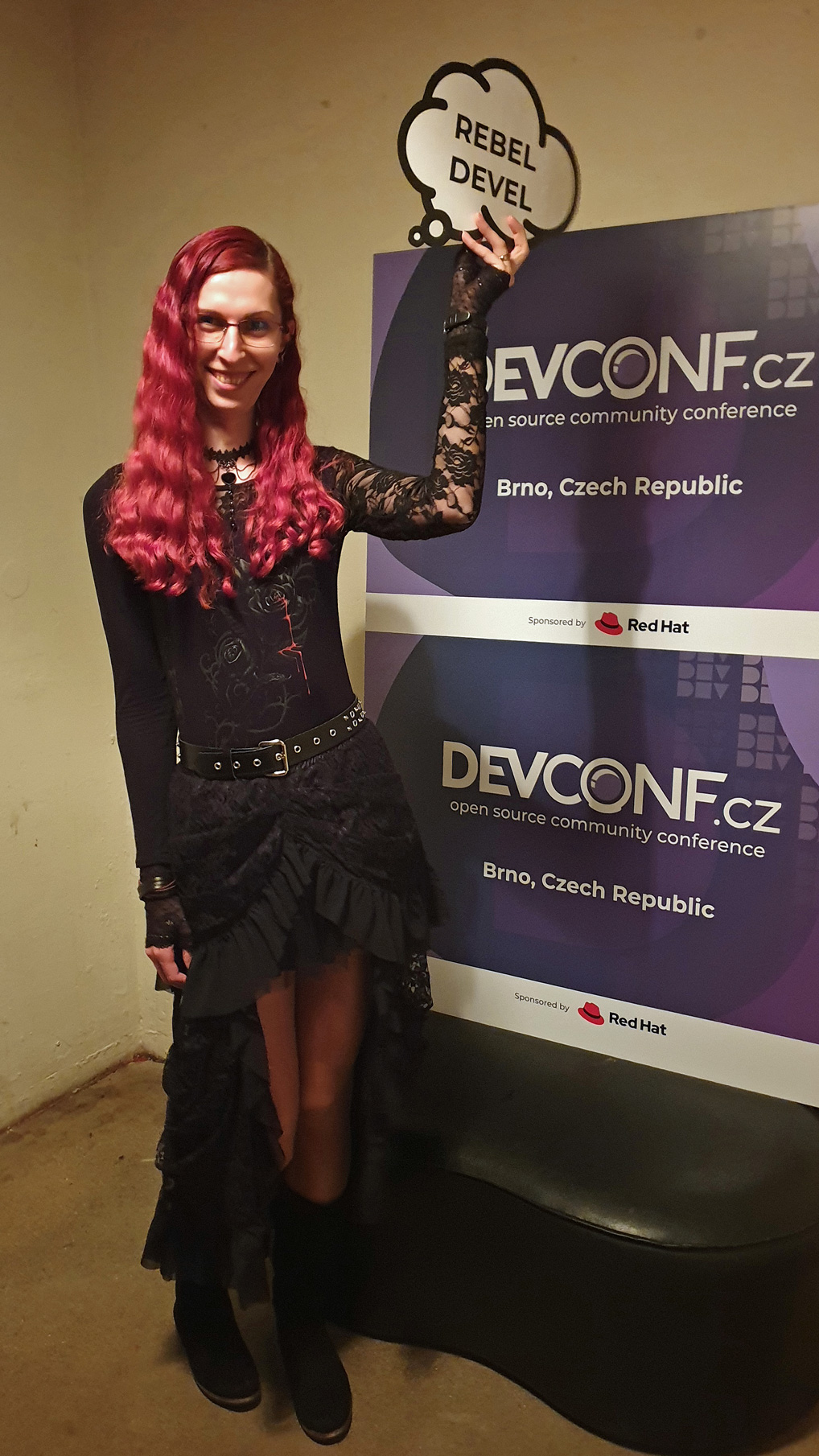 Friday was super early, I was at the venue at 7:15 O_O
..I was a fire marshal at the venue this year, which meant being around to direct evacuation in the event of fire (and generally help improving safety.) Again nothing requiring huge physical contribution.

There were amazing talks this year, and a lot of great people to meet! Personally my favourite were the diversity related ones. Meeting other women and sharing our common problems and solutions was very inspiring and encouraging. Even Denise was here! We spent a lot of time taking =)
Tom had a talk as well, He explained the latest and greatest features in C#8 with a bunch of little demos, making it very easily consumable. I had a little lightning talk, telling everyone about Open Source .NET - its history and future.

I dressed up a bit for the speaker party. Just because I’m a software engineer doesn’t mean that I don’t like dressing up! ;)
..It was a great opportunity to chat with some friends and colleagues from the other side of the world.

On Sunday (today) we moved some stuff back to the office and nommed some mexican with the rest of the team.. Right now I have a RHEL8 deadline to meet real quick, and then I will finally get some sleep. I will probably sleep through the whole Monday.

I enjoyed this year, and I’m not even hurting - just a little tired :)

See you next time!