I was talking about my experience at devconf this year in my previous post, which also included a few words about the CommOps FAD. I did not mention this because I didn’t think that it was significant, but the more time passed, the more weight it seems to have on me.

I was walking from the office to the nearby bike shop before we went for a dinner on Thursday afternoon, because I had my bike there. I managed to bend the derailleur hanger tiny bit. They fixed it and did the warranty maintenance thing as well, since it’s pushing close towards half a year since I got the bike. Well, while crossing the road in front of the shop, a man physically attacked me from behind. Basically my back and my feet hurt a lot after devconf and I had to walk very carefully to not collapse due to the back pain if I would move too much, and so I was slow. I stepped into the road while I had green light, but it quickly turned red which I didn’t even notice, and the guy, at that point in a car marked with VUT Koleje & Menzy (which is the organization responsible for the nearby student campus,) did not like my walking speed. An older man, started to insult me and call me names, so I immediately stepped back in front of his car, to ask him what gives him the right to call me names. He did not answer my very polite question. He addressed me with “you” in singular which is rude in Czech language, and used only between friends. I addressed him with plural form, which is the polite way. First he wanted to step out of the car, so I walked to the door quickly. Obviously he changed his mind - nobody feels comfortable getting in between the door and the car. He slammed the door and started to drive away almost hitting me, so I hit his window, very softly, and walked away.

He stopped some 5 metres away, I expected more insults eh… No - surprise surprise he ran at me from behind and tried to push me to the ground, but there was a tree that stopped me from falling. And so I took a bit of a stronger stance (I practiced iaido, I know at least how to stand, to not be pushed…) He got scared as hell and jumped back lol :D …I asked him, why was he attacking a woman, still addressing him with the polite plural form of “you.” His reaction was to try to push me again - obviously facing me head on, he pushed my chest. I almost slapped him that the pole would give him another, but I managed to control myself - to my own surprise. Then some other people stepped in and he left. I laughed at the idiot and walked into the bike shop 20m away with a smile, to chat about some cool new bike tech for 2019 - I have something to drool about again x_X

This had a bit more impact a few days later - not physical obviously, the poor guy didn’t even have enough strength to push 58kg girl down… Women in tech, women in open source, women in the streets… I think that this is a whole another story for another day though. Maybe next week.

It all started with me eating a cookie for breakfast. Then the whole travel chaos, and another cookie on the train to Prague. I was traveling with the rest of the CommOps FAD attendees (Brian, Jona, Justin, Sachin) and Dennis Gilmore. I finished the work that I started on Friday morning during the two~ hours on the train, I finished the table styles for the developer portal. A bit of testing, possibly tweaking the colours.. later, on my way home - another train trip huh…

After we arrived to the airport, the rest of the group decided to ignore my messages where I told them where I was waiting for them - I went ahead because they had to check-in their luggage and the bathrooms in the immediate vicinity were closed. And so I was waiting in great need to pee nearby a bathroom I found, for over half an hour, til it became obvious that they’ve abandoned me again… I was left behind several times during this week-and-half. It wasn’t nice and I cried pretty much every night. It was unfair especially because of how I picked everyone up when they arrived, walked them at least once everywhere to show them the route, waited for a long time and often… To not name anyone, a few people out of the group managed to hurt me a lot, because I considered them a little bit more than random people that I happen to know, while others should know a thing or two about inclusion and diversity… I also had hard time speaking around the group, kept getting interrupted, etc.

We went to CHAOSSCon & GrimmoireCon to learn something about statistics in open source communities. Later I was left behind again and I did not feel like racing after them with my phone unsafely low on battery. I did not want to get lost without phone, so I had no dinner. I bought Coke earlier so at least something… 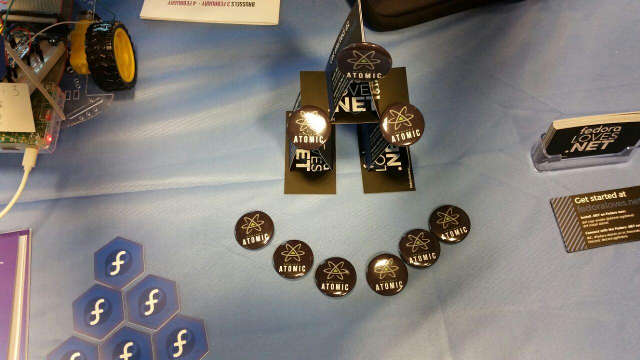 Bored .NET Engineer at conference... proved that .NET is stable on Fedora Atomic!

FOSDEM ~ I got up, replied to my work emails, and then I tried to do my makeup. Tried, because the hotel had the worst lights you could ever imagine, I had to use my phone as a source of light while shielding my face from the useless lights that were good only for ambient lighting. Oh well… Had breakfast at 8, had to wait for the people who usually leave me behind, again… 15 minutes past the scheduled departure time.

The conference was nice though, I got to chat with KDE peeps, I even got their little KDE dragon!! <3 …I stopped by the Owncloud booth with the words “Hi, I’m looking for the fork!” uh..hehe ;) …OwnCloud was forked by it’s own founder to create Nextcloud. Both of them had a booth at FOSDEM, sooo… I got a few Nextcloud stickers ;) 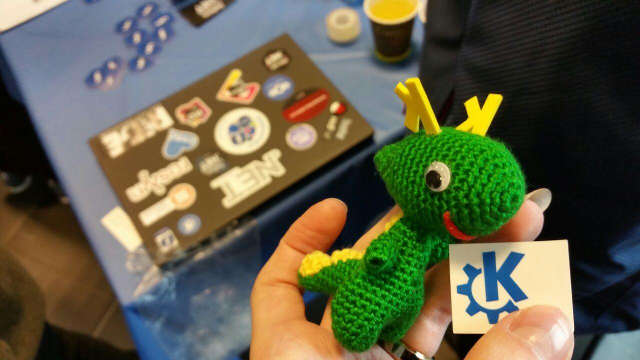 The next cool chat was with the Godot Game Engine guys. I learned some details about it, I might even use it for a project with high school students that I’ll be working on in the coming months. It’s a cool open source game engine, with great 2D capabilities, and since the 3.0 version it also supports C# via mono. This makes it perfect for the course that I’m planning.

I did not see any talks on Saturday, I did however make my way to the Nextcloud talk from Frank Karlitschek, Why I forked my own project and my own company. I liked the talk. I spent a bit more time chatting with the Godot guys as well, but I mostly stayed at the Fedora booth, building stuffs out of stickers, cards and pins. 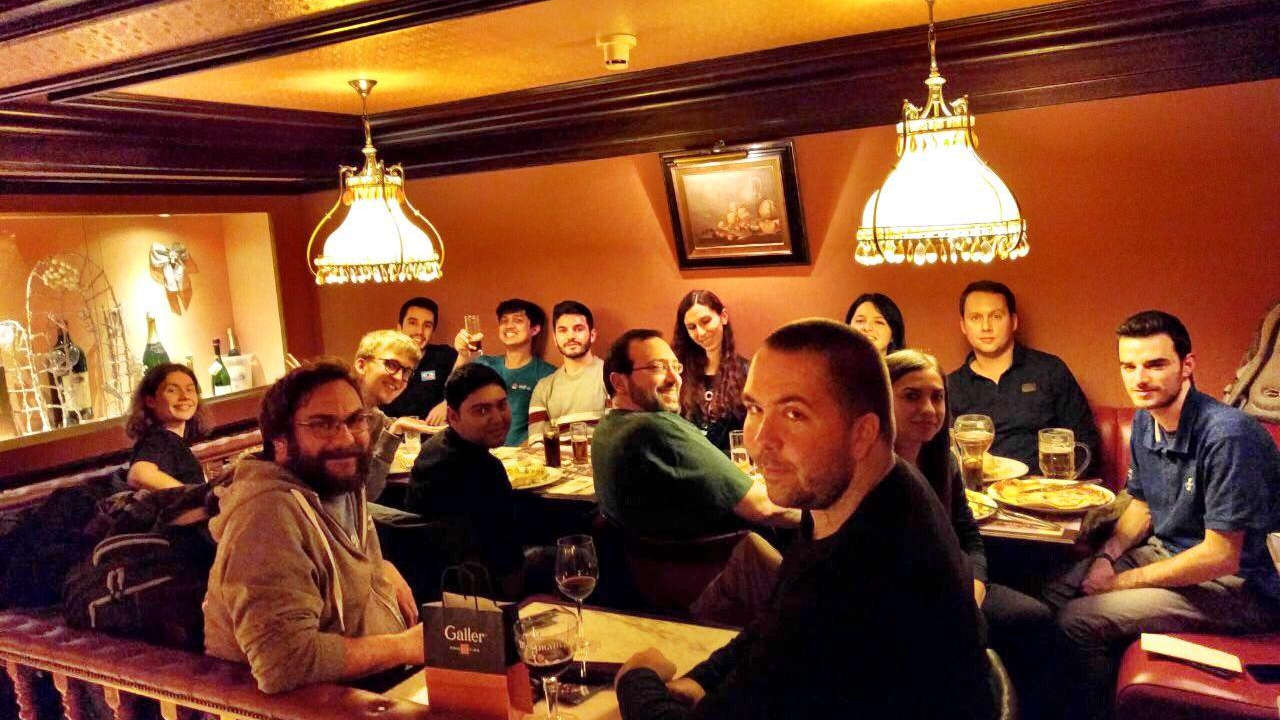 So it’s over, huh… Finally on my way back home, doing a bit more Fedora developer portal work, and writing this blog post. The trip was without any big issues so far.

…One more sentence before I publish this - I got home a few hours ago to cry out my eyes again. I’ve lost my awesome cute umbrella - it fell out of my coat somewhere, either in the plane or one of the trains, when it was laying around in the overhead compartments. =(