This time around I was actually prepared with everything in github for interested people to check out after the talk and i was wearing my new Red Hat loves .NET shirt, what else would I need?

I woke up just before 7am, after really awful night - I couldn’t sleep, had a nosebleed, and in the morning I was freezing cold. I spent an hour in bathroom and then I woke Eric up. I packed up while he did his (much shorter) bathroom. We left the house at 9am with one bottle of water, and all the computery stuff - my notebook, mouse, keyboard, and whatever else was in my backpack which I take to work when I go by bike. And my purse with the usual contents (everything one could possibly need or wish for haha..)

We went to Red Hat office first, and stopped by to buy some breakfast and lunch/dinner for later. We got some sweet-ish type of bread thing. By the time we got to work my legs were in a lot of pain already - I got hurt last time we went out mountainbiking, I probably cracked a bone *shrugs*

We got to the office and I finally picked up a package that was waiting for me for a week or two, since I was a cripple and couldn’t walk for a week or so >_< …and he also helped me carry my IT stuffs up to my desk (i got new monitor.) Then we nommed our breakfast in a meeting room and then we set off to a bus station. By tram. In 30°C. Half an hour of Eww… 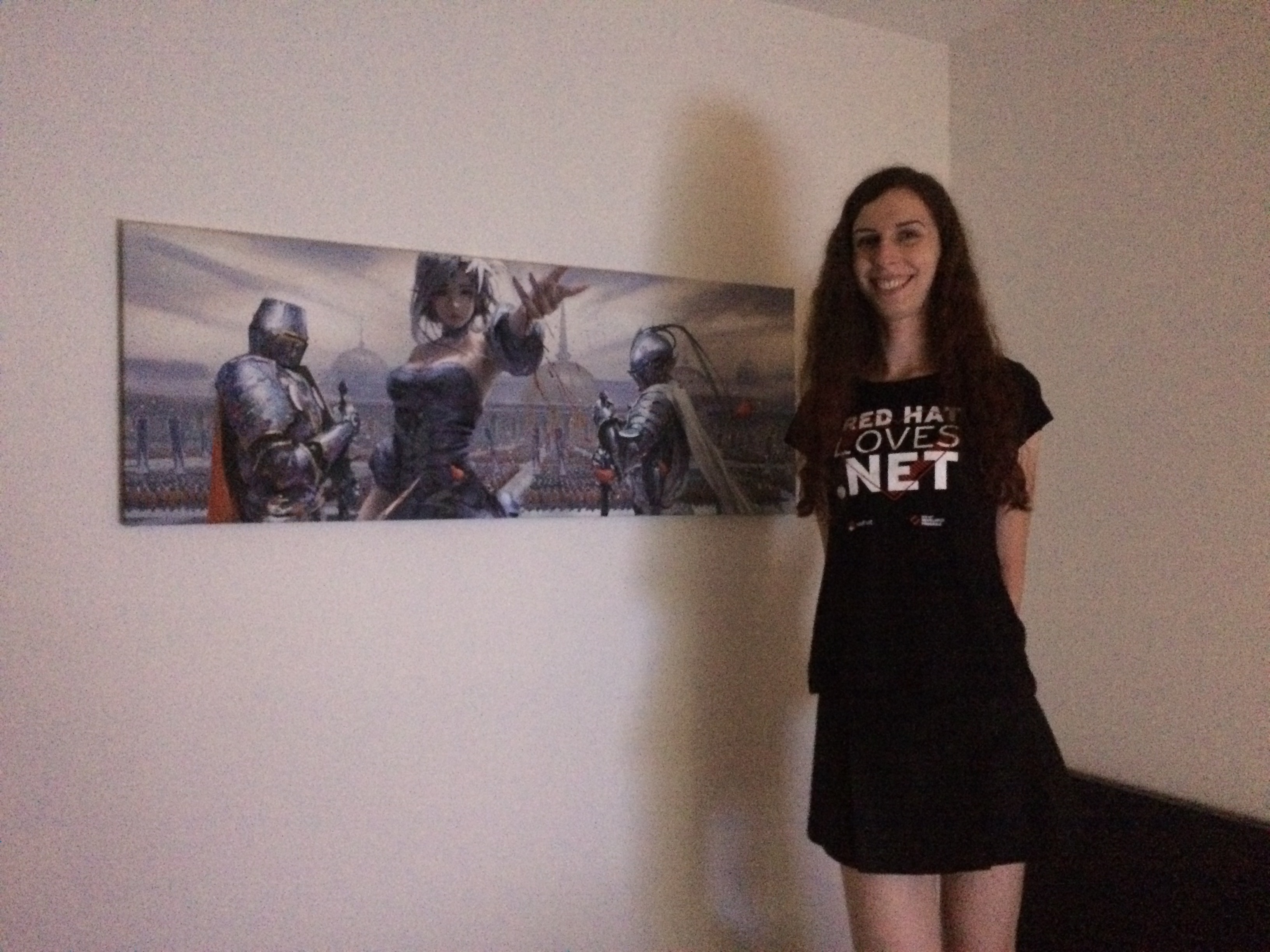 Our new T-Shirts are awesome ;)   (Photo taken at home, next to an awesome painting!)

The trip itself was fine since the bus has AC, but it was late 45 minutes. Great. We needed to pick up my new T-Shirt that the “awesome” shop failed to ship to me within the promised timeframe. I had a Red Hat loves .NET shirt made based on our design, because the ones that Red Hat is making wouldn’t make it to me in time for this conference. When we got there, it turned out, that they still did not even make it!! So we had another delay, another 15 minutes waiting for it. Oh and I forgot to mention that it was another 25 minutes by really boiling city bus… And to get to the venue another 15 minutes in one. I think that it was 32°C at that point, if not more.

We sat in a nearby restaurant to get 5 minutes of rest and something to drink to cool off, and I used their toilettes to change into my new T-Shirt. It looks good, but if you take a good look, they screwed it up. The letters are kinda jagged and the label is not exactly straight either. =(

…nevermind the T-Shirt, I’ll have a nice one when it gets here from US. OH it’s 17:20 - the conference is starting, I totally lost the track of time! 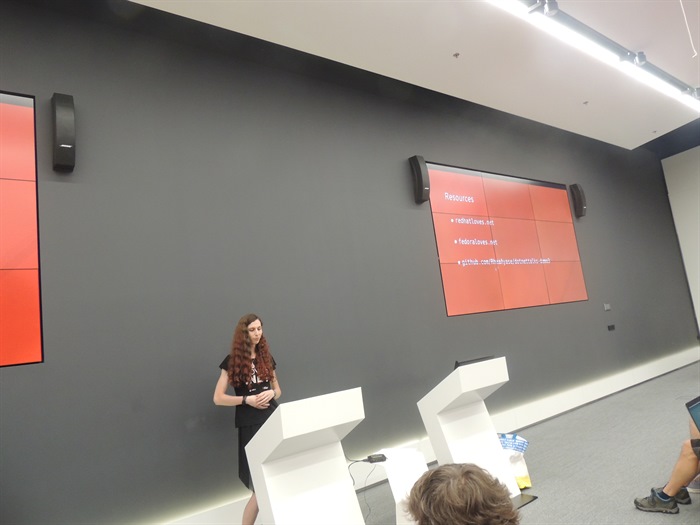 We sat down in the first row and I prepared my stuff during the first talk - I was going second. The room was full. Not big, but full. It has a capacity of 150-ish people. Okay, I’m ready… ready to improvise anyway, eh?

So it’s the time. Oh turns out that the microphone is not ready. Nevermind, the room does have pretty good acoustics and I should be fine. People in the back did nod when I asked if they can hear me. (Edit a day later: I did damage my voice a little and it’s all messy now.)

The talk itself did not go well either. I plugged in a cable that was sticking out, some sort of ethernet situation you know. I did not notice that it didn’t actually connect into any network, it must have been unplugged on the other end - wherever that was heh. So halfway through my talk I found out that I’m not connected, when I couldn’t ssh into my Azure VM where I wanted to demonstrate simple ASP.NET Core application deployment with apache proxy and systemd running it. I had to quickly connect to wifi, where they had some log-in system with speaker password that wasn’t hidden, so i had to unplug the hdmi cable cause i couldn’t shut it off in the software (don’t ask why it didn’t work, I don’t know.)

Finished the rest fine, except that I forgot to ask if anyone had any questions after all that trouble :< 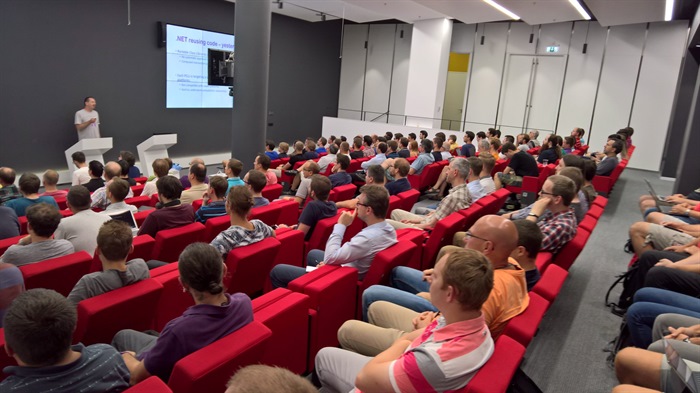 I really liked the performance talk from Adam Sitnik, I fully recommend looking it up on youtube or something!

After it was over we still had two hours before we had to catch metro and bus home so we joined Microsoft engineers in a pub. FINALLY! PROPER FOOD! …and a nice chat with them. Overall I was happy, got to meet more awesome people =)

And so it is late night and I’m sitting in a bus, writing this post. I’ve been awake for 20 hours, and it’s at least two more til we get home.

I hope to see you guys again in Brno on the 1st of August. Hopefully with a few less issues x.x