I spent the last few days preparing for my upcoming “Writing C# code on Linux” talk. I’m pretty confident that it’s a good one, time to pack up my notebook and get ready for tomorrow. It’s a few minutes past midnight and i need to get some sleep! Oh… if I do not use synergy from my desktop, my Logitech MX Anywhere2 mouse doesn’t have the PageUp and PageDown buttons bound to its two extra buttons. I have to fix that, I want to use the mouse to flip slides…

Okay so I will need to find out what mouse button it is…
[email protected]:~$ xev

Running xev to find out what are the mouse buttons.

So it seems that my mouse button that I would like to be PageDown is Button 8 and the PageUp is Button 9. Now I’ll need xbindkeys to make it happen…
[email protected]:~$ sudo dnf install xbindkeys xautomation -y

And to make my mouse buttons act like PageUp-&-Down I’ll need to add two lines for each to the config, it’s actually surprisingly simple.

And all done, I’ll just add xbindkeys to my silly startup script and I’m done =)

It’s over, I kinda survived but almost died in there! I was supposed to be in a smaller meeting room, but they exchanged me with someone else and I ended up in the bigger one for 24 people. Seems like there was 50 though!! So many people that the vent wasn’t keeping up, and it was even noisy enough that I thought it will be a problem with my voice. So Hot I almost melted! 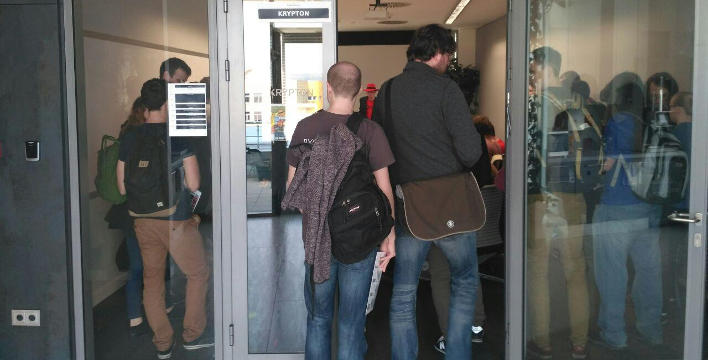 My talk was about C# on Linux, I explained what is it .NET Core, and that it’s awesome!
(Multi-platform, open-source and modular platform for server oriented applications.) 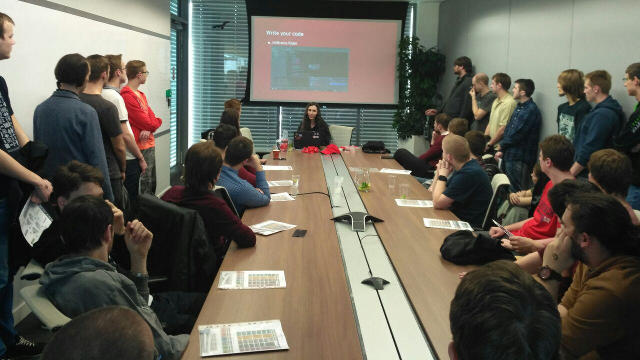 Photo of Radka speaking - about to write some code (credit: Lukas Musil)

And I also wrote some code right there, I created a console application that was in my imagination managing server side systemd services, and then I added Kestrel dependency, the ASP.NET Core webserver and crafted it in but a few lines of code into very simple web API. At the last minute I deployed it all on RHEL in Azure, behind proper reverse proxy Apache httpd!

I almost died from heat. And I think that I’ve misjudged my audience and the talk was too technical…

Thanks for the microphone!